THE POWERFUL AND VERSATILE KARAOKE PLAYER FOR PC 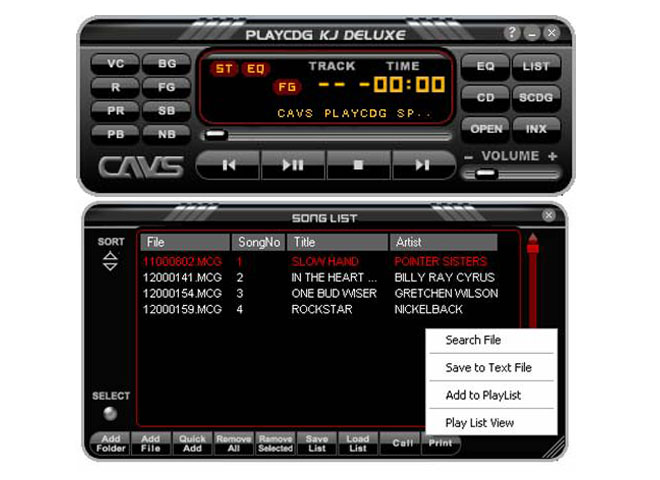 Complete your dream Karaoke setup with these simple additions:

CAVS PlayCDG KJ DELUXE is the premier karaoke program that brings the power and performance of the professional karaoke machine to Windows PC.

CAVS PlayCDG KJ Deluxe comes with the Dual Screen feature where an independent KJ screen allows you to select and reserve the songs while the lyric screen or TV shows the song in play without any interruption.

CAVS PlayCDG KJ Deluxe also offers the BGV (Background Video) function where photos, video, or live-cam can be displayed as the background of the song in play. This is a popular feature that can show the patrons in the previous nights or the current crowd singing the night away.

Sale of software product is final upon purchase.
You may try the FREE DEMO or consult with CAVS Techsupport before purchase.