When integrated, the 3D Customer Interface of the CAVS Karaoke players shows an additional menu button Mixer at the top of the screen. 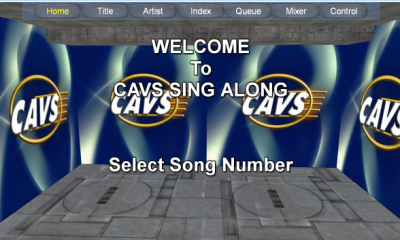 Press the Mixer button and you have the controls for the music volume, microphone volumes, echo, reverb, etc. right on the screen as shown below. 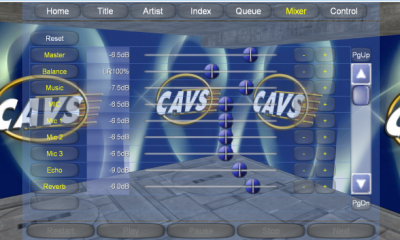 The integrated control becomes exponentially useful when CAVS Karaoke player is combined with an E-Songbook, mobile phone, or tablet. The integrated control can then be carried in the wireless device, such as iPhone, iPad, Androids, or Windows tablet. It enables you to move freely with the full control at your fingertips. Below are the links to E-Songbook and CAVS RS II software for iOS, Android, and Windows devices.
BUY NOW DK3 KARAOKE MIXER
CAVS DK3 Digital MIXER $499
×
×